Beast mode on at Alanganallur Jallikattu

Corona scare can wait, it’s time for festivities! The hundreds who thronged the venue of the mother of all Jallikattu, the Alanganallur event, testify this.

MADURAI: Corona scare can wait, it’s time for festivities! The hundreds who thronged the venue of the mother of all Jallikattu, the Alanganallur event, testify this.

The event that saw 719 bulls and 600 tamers taking part was flagged off on Saturday by Chief Minister Edappadi K Palaniswami and Deputy Chief Minister O Panneerselvam. Sources said that a total of 800 bulls were screened and the bull taming sport was held in eight rounds, with 75 tamers participating in each round. 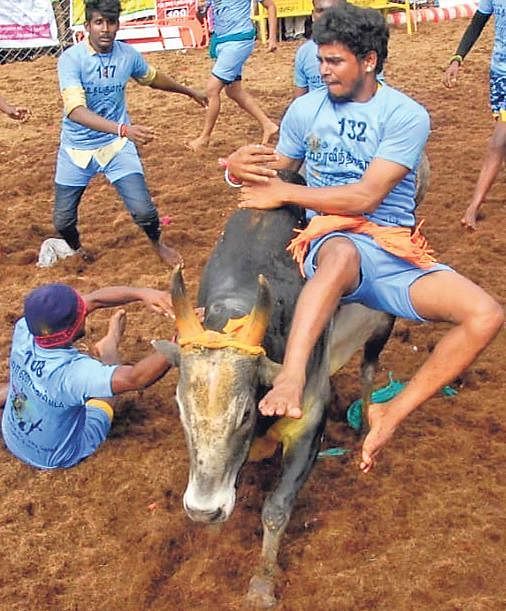 Caution takesa back seat
Though separate galleries were established for VIPs, public and newspersons, many tamers, bull owners and others flouted Covid protocols by not wearing masks and maintaining physical distancing

Stay up to date on all the latest Tamil Nadu news with The New Indian Express App. Download now
TAGS
Jallikattu Alanganallur