A canvas of colours

If you have lusted after Kangana Ranaut’s home in the Manali hills with its spectacular views and sumptuous interiors in Architectural Digest, or salivated over late actor Irrfan Khan’s stunningly laid-out apartment in Mumbai, you probably already know about the woman behind both the spaces—Shabnam Gupta. Designer to the stars, Gupta is also the creative genius behind the hugely popular lifestyle store, The Peacock Life, in Mumbai.

So, you begin by quizzing her about how difficult is it to arrive at the same bandwidth with celebrities used to having their own way (add Rani Mukerji and Raveena Tandon to that list as well, by the way). “I think we attract a certain type of creative client because they relate to the work we do, and they too are looking at creating unconventional living spaces,” she says.

Gupta’s design philosophy is to create a space that’s a seamless extension of her client’s personality. Which is why the most challenging part of designing, she believes, is to be able to understand her client’s lifestyle and mind space. “It is imperative to know them as people if you have to be an instrument in creating something that is going to be a very important part of someone’s daily life,” she says, adding, “For us, the design is not about the aesthetic alone, but about the way a client would function within that space.” 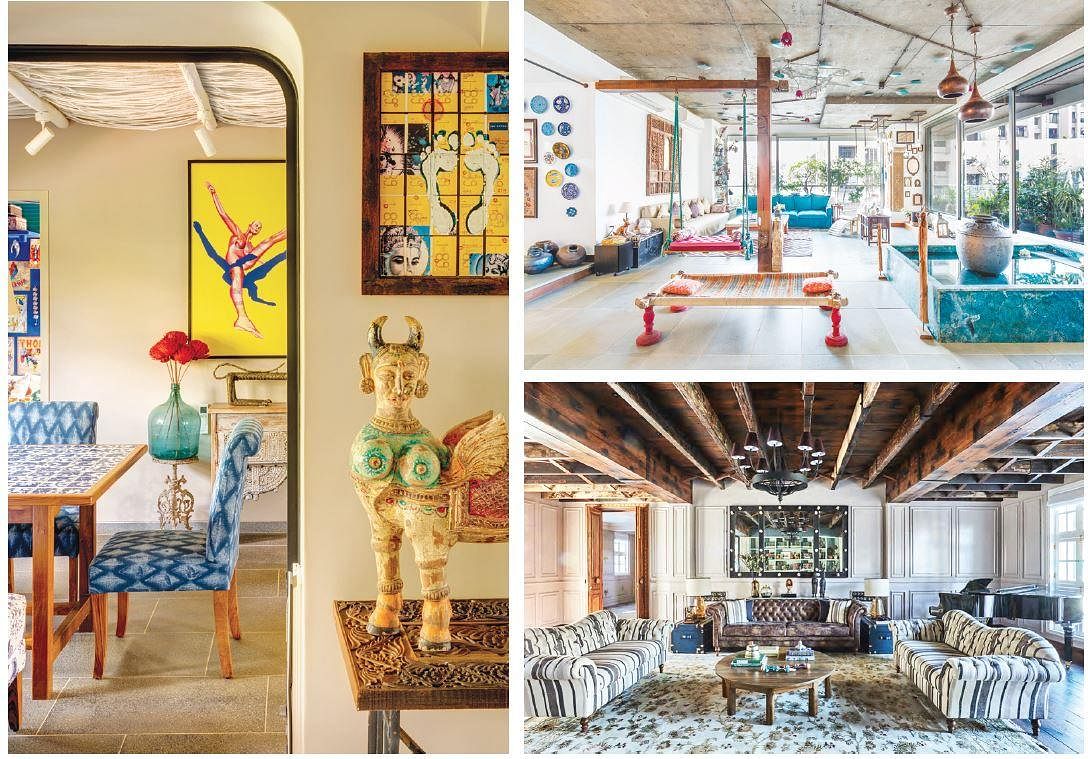 Known for taking kitsch and helping it evolve into an elegant, quirky, unique and accented style, Gupta uses spaces to tell stories. “I get inspired by the simple things in life, be it nature, emotions or people. It could be some texture, shadow, nature anything that has me thinking. Travelling is a big inspiration too, as well as the work of stalwarts like Geoffrey Bawa, Nari Gandhi and Philippe Starck,” says Gupta, and admits that had she not been a designer, she would most likely have been an artist or a travel writer.

The year 2003 saw her launch The Orange Lane—a holistic design solutions firm that she candidly refers to as her “road, my personal journey”. Varied projects ensued, enriching this journey with momentous design milestones along the way. Besides residences, these included commercial spaces too, such as The Bar Stock Exchange, Intercontinental Hotel’s restaurants, The Sassy Spoon, entertainment zone Smaaash, as well as The Pepperfry Studio.

For someone whose personal décor style is “a bit boho, free-spirited and eclectic”, it was only a matter of time before her design house gave birth to her creative playground—The Peacock Life—in 2010. Built on her unwavering belief that “design is for everyone”, the store celebrates the inclusive nature of design. From handcrafted pieces such as the Rochester Chesterfield Sofa and the Drum Side Table, which are designed in-house and also open to customisation, the collection ranges from the quirky to the elaborate. “The core is very Indian and also hugely inspired by nature,” she adds.

Indeed, from being inspired by the wondrous possibilities of design to creating design that inspires, this designer has clearly traversed a long and successful road.