Today, he has a team of over 150 people who choose spots across the state which need plantation or water conservation.

UTTARAKHAND: Chandan Nayal, 26, has a faint memory of his mother who died when he was hardly two years old. Soon, when his father remarried, his world ceased to be the same; he had to quickly learn the harsh lessons before his teenage.

Time flew as grudgingly as the whistling wind soughed through the distant oak trees – nudging him to get closer. One day, he would have lots of them, he thought as he stood under the shade of a tree. For the last six years, he has been doing exactly that — planting the oak tree across Uttarakhand.

The childhood void throbs within Chandan’s heart, taking him back to his Nai village, Nainital, and prodding him to do something for common good. “The floods of 2013 pushed us to the edge. It was as if I was jolted out of my sadness. I talked to many people, especially our elders, in remote villages. They encouraged me to save the environment to preserve life in the hills. I decided to go with plantation and other conservation efforts,” says Nayal who holds a diploma in electronics engineering. 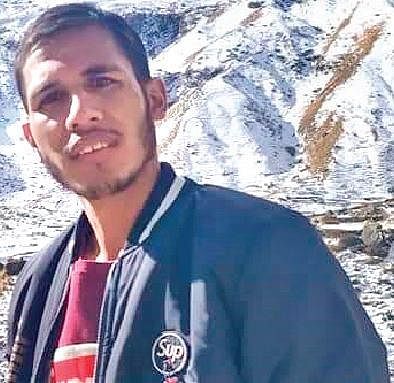 The oak -- baanj in local language -- is believed to hold and preserve groundwater in hill areas. The species said to be the key to the ecological balance in the hills has suffered by expansion of the cheer pine tree, which was introduced by the British in the 19th century for timber. Nayal took up planting the oak to fight the pine invasion and has so far planted over 1 lakh trees out of which 10,000 survive in various hill areas of the state.

“The pine tree invasion has fueled forest fires. So I decided to talk to the people, especially children and youth, about the alternative that I have. Their efforts are bearing fruit, and I am thankful to the people for their support,” says Nayal who earns around Rs 6,000 per month by farming on his ancestral land. He has left his well-paying job in the industrial town of Rudrapur in Udham Singh Nagar.

After his mother’s death, one of his uncles, a teacher in private school, had taken him along. “He was a bachelor and his earning was not good enough. So we had to cook, clean and do other chores. For some days, we had to sleep empty stomach,” recalls Nayal.

When he left his job which fetched him a good sum each month, almost everyone he knew called him insane. But the love for the oak tree beckoned him. “I was told I was good for nothing and that my life will be a waste. But I did not give up. I realized that if I had to contribute to making the world a better place to live in, I had to bear with temporary humiliation,” says Chandan.

Today, he has a team of over 150 people who choose spots across the state which need plantation or water conservation. Nayal and his team survey the area and talk to locals. After the local population is convinced, the work starts.

This includes readying the land for plantation, creating ‘Chal Khaal’ -- a small area with pits to conserve the water table. This is a traditional method in Uttarakhand hills to conserve water. He has also built a nursery of over 6,000 square feet in his ancestral land where plants are kept by him to support the plantation drive.

A patient reader, he travels to the state’s glaciers every year to assess the ground situation of remotest villages of the state. He recently returned from his 120km trek of Milan glacier and plans to cover many others.