Lee pointed there are many similarities between the ingredients or cuisines of India and Korea, from the use of basic vegetables to the cooking processes like frying and boiling. 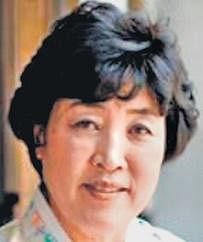 In a brief chat with The Morning Standard, the National Food Master of the Republic of Korea. Lee Yeon-Soon, and the professional jury for the event, said she was impressed by the level of awareness, understanding and skills of the Indian participants with respect to Korean cuisine.

Having visited India twice before, Lee Yeon-soon said that Korean food has been well-preserved through its prototype and tradition. “It represents well-being food in recent time as well as balancing healthy food between taste and nutrition. Traditional Korean food is well-known as high quality food that can strengthen human constitution and also improve the immune system,” she said, adding that there is Korean proverb, Yak Shik Dong Won, which means food is medicine. “Some traditional foods with herb medicines as ingredients are really helpful for us, especially in these times of pandemic,” she puts in.

About her experience with Indian cuisine, Lee said, “During my last two visits, I experienced naan, curry and tandoori chicken. Unlike what I had presumed that the taste of spices would be strong in these dishes, they tasted just perfect. I also enjoyed drinking chai.”

Lee pointed there are many similarities between the ingredients or cuisines of India and Korea, from the use of basic vegetables to the cooking processes like frying and boiling. “Indian dishes have a refreshing and popping vitality while Korean delicacies pursue an overripen taste,” she observed. Out of the many Indian dishes prepared in Korea, Lee said the curry was the most likeable one. “I think even tandoori chicken can fascinate the Korean palate,” she said.

Stay up to date on all the latest Delhi news with The New Indian Express App. Download now