In the world of Samurais

Announced in 2017, Ghost of Tsushima immediately made a splash for two main reasons.

This is always a crazy time of year for video games and 2020 is, if anything, substantially crazier than the usual. You’ve got a new console generation in addition to all the high-profile games earmarked for release round about now. That’s why, today, we’re ignoring all of that and talking about a game that came out in July — Ghost of Tsushima. (It’ll make sense, I promise!) 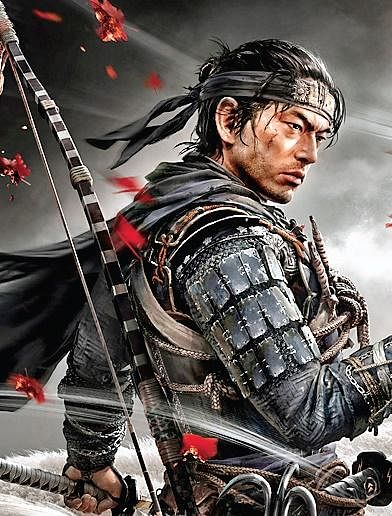 Announced in 2017, Ghost of Tsushima immediately made a splash for two main reasons. First, it was from Sucker Punch, who’ve earned their reputation off the backs of the Sly Cooper and Infamous series. Secondly, even by the high standards of game trailers, Tsushima was jaw-droppingly gorgeous. It also had the hook of being set in an unexplored part of history — the Mongol invasion of the Japanese island of Tsushima in 1274. You play as Jin Sakai, a samurai waging a guerrilla war against the invaders. You’ll recruit allies, terrorize Mongol encampments and struggle with the conflict between honour and necessity. Tsushima is a fascinating world and backdrop for this story; unfortunately, the story and Jin himself don’t feel quite as compelling. (He’s no Ezio, to name one example.)

As for how it plays, there’s a clue in that last sentence — almost every aspect of Ghost of Tsushima feels something you’ve seen or played before. Whether you’re thinking of Assassin’s Creed, Far Cry, Horizon: Zero Dawn or Uncharted, you’ll feel a sense of familiarity slipping over you as you explore the island of Tsushima. This makes the occasional exception to that — the standoff move, which really makes you feel like a legendary samurai, or the way it leans hard into Japanese mythology — stand out all the more. It is worth saying that, what this game does, it does well — it’s worthy of being named alongside those others in terms of gameplay.

Where Ghost of Tsushima does break away from the pack a little bit is in the graphical department — my word, this game is beautiful. Open-world games, of course, are typically no slouches in this area (the world’s got to be pretty if you want players to want to explore it), but Tsushima is regularly, almost casually stunning with every new vista that unfolds. There’s also a ‘Kurosawa mode’ which turns the entire game into a black-and-white homage to some legendary samurai movies and the man who created them; a very nice touch.

We’ve known for some time that this year would be the swansong of the PlayStation 4, so there was more than a little bit of attention being paid to the PS exclusives scheduled for 2020 like The Last of Us Part II and Ghost of Tsushima. Somehow, the latter seemed to fade away as the year went on, and it’s not too hard to see why — there’s nothing unique or hugely innovative here, and games that aren’t groundbreaking are easier to dismiss in this golden age of video games. That’s why I felt that Ghost of Tsushima is worth talking about right now — just step back from all the new-console hype, all the new-release hype, and spend some time with a game that came out a little while ago, fell by the wayside a bit but — and this is really the key point — is very good and fun to play.

(Arjun is a gamer, book lover and an all-round renaissance man)