Of Dasara and asura

Dasara has never ranked on top of my list of favourite festivals. I prefer action-packed festivals like Diwali and Holi.

BENGALURU : Dasara has never ranked on top of my list of favourite festivals. I prefer action-packed festivals like Diwali and Holi. My interest in Dussehra comes from a childhood fascination towards asuras. As someone who grew up surrounded by mythology, I have had an unhealthy obsession with the asuras in the stories. Part of the blame could go to Doordarshan. For two decades, prime-time television was dominated by mythological shows. Unlike Game of Thrones, we had all read the books. We were aware of the spoilers, and how the final season would end. 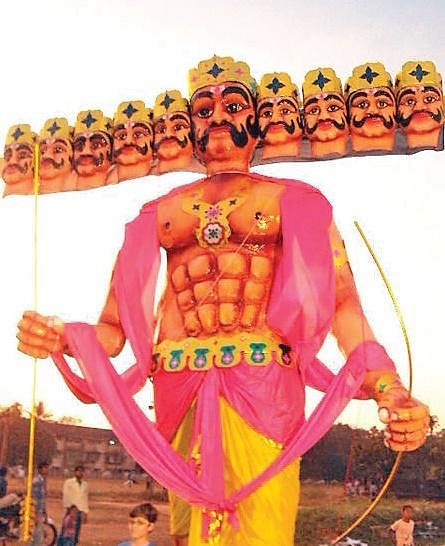 And yet, we were hooked.
Even though the stories celebrated the victory of good over evil, I was fascinated by the rakshasas in our mythology. They were the Jokers to Batman, the necessary evil for good to prevail over. Their stories were all unique and action-packed, and had all the salient features of the life of a rakshasa. Most rakshasas were born to powerful parents, and showed sparks of talent early in life.

They would then go on to undergo a rigorous penance to seek a boon. The boons were usually given by Lord Brahma or Shiva, the easier-to-please gods in our universe. Upon receiving the boon, the rakshasa would attack Indra and try to take control of heaven, only to die a gruesome death at the hands of Lord Vishnu. The asuras also had a fascination for jewellery, weapons and large palaces. Their stories were unpredictable, and did not end with a moral value.

My favourite asura was Bhasmasura – who won a boon to destroy anybody he places his hands on. Well on his way to conquering the world, Bhasmasura died due to his raging hormones. Then there were Atapi-Vatapi – the Waugh brothers of the asura universe. They would invite their enemies home for lunch, feed them meat, and then invoke a boon to bring the animal back to life. Then there was Bali Chakravarthi, who was tricked into a promise by Lord Vamana. In spite of being warned by his guru, Bali stuck to his promise, in the process losing his kingdom and life. 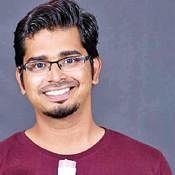 Unfortunately, the asuras were depicted as all one-note, cardboard-cutout characters. They were all depicted as crude, ugly and evil. But the stories of their colourful lives and deaths lived with me throughout my adult life. The villains we see in our movies are only an extension of the asuras in our mythological stories. When I watch people go gaga over Thanos in The Avengers, I wonder why our stories do not dig from our deep well of supervillains.

While Dussehra signifies the victory of good over evil, I use the festival to spare a thought for the poor rakshasas. When I visit a pandal, I make it a point to look at the asura too, as he lies stabbed by the trishul, his face resembling a Snapchat display picture. Even though most stories of asuras end on a happy note, with them being forgiven or liberated from a curse, we haven’t done these magnificent stories justice.
As stand-up comedy seems to be finding its feet in the wake of the pandemic, we comedians sometimes think wishfully about having a live audience. I don’t know if there’s a heaven, or if I’m going to be allowed entry into it. But if given a choice, I would rather perform my jokes in front of the asuras. For if there’s one trait that binds them all, it is their loud, booming, drunken laughter.
What else could a nightclub stand-up comedian hope for?

Stay up to date on all the latest Bengaluru news with The New Indian Express App. Download now
TAGS
Dussehra Holi Diwali