After he wrote Parva (1979), based on the Mahabharata, novelist SL Bhyrappa was pressed by many readers to write on Ramayana as well.

BENGALURU : Writer SL Bhyrappa, whose book, Uttara Kaanda, has been recently translated into English, on why he feels litterateurs should not be activists, the effect of increasing age on his work, and future of Kannada literature.

After he wrote Parva (1979), based on the Mahabharata, novelist SL Bhyrappa was pressed by many readers to write on Ramayana as well. “I was not enthused. Ramayana lacks the complexity of problems and human nature. The characters are black and white, unlike the complexity of social and moral problems and characters of the Mahabharata,” he tells CE. But 40 years after that, as the Ayodhya court case seemed to be becoming an insolvable problem, Ramayana appeared in his memory. 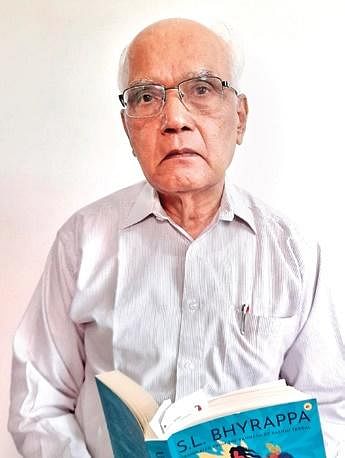 “The witness of archaeology should have solved the problems. But ‘historians’ dragged and dragged. It seemed the litigation of Ayodhya would never end. A vague similarity appeared in my imagination. When some groups with vested interests floated slanders about Sita, which Rama knew as false, should he have not investigated the source and brought the gossip-mongers to the judiciary? But he took to self-torture and also tortured his innocent wife,” says Bhyrappa, whose book, Uttara Kaanda, was translated and released in English recently. It has been published by Westland.

After reading Valmiki Ramayana, a number of questions arose in his mind – as a child, Sita was found abandoned in a furrow. What could be the social status of the mother who was compelled to abandon the female child? What were Sita’s feelings about it? What kind of difficulties would Sita have faced as a single parent? When rumours were spread about her by some citizens in Ayodhya, Rama could have investigated its source and punished the rumour-mongers.

Instead, he abandoned his pregnant wife. Was it Rajadharma? How could Rama kill a Shudra for performing tapasya? Does a modern Indian approve? What changed Rama, who in his youth was so kind and mindful of what is right? Was it power? Was it the throne? Bhyrappa felt the urge to scrutinise Rama and delve into the sensibilities of Sita, and also of Lakshmana and Urmila, who are “mere shadows in Valmiki’s Ramayana.” He says, “I wrote Uttara Kaanda in 2017. It is only coincidental that the book in English has been published in the same year when the foundation of the Ayodhya temple has been laid.” 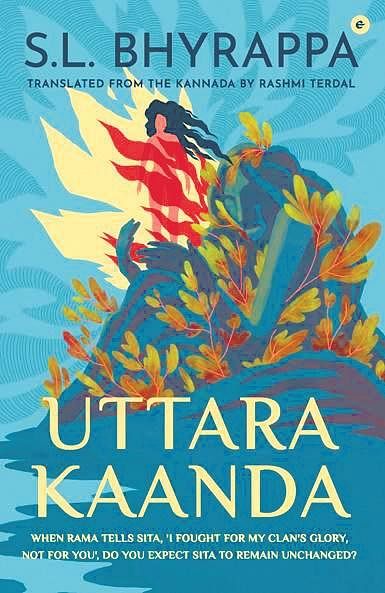 He admits that he did not get any new theme for four years, and feels that the imaginations he has been getting of late have already appeared as a part or in full in one or the other of earlier novels. “I do not want to repeat. I am feeling that my age, I am 90, is telling on my creative power,” he says.

Bhyrappa strongly feels that creative litterateurs should not indulge in reacting and expressing on anything and everything. “He should not be an activist. Activism commits a writer to definite ideology which is detrimental to creative imagination,” he says, adding that there is a group which has been targeting him since he started writing.

“But I do not have any committed viewpoints. If I had, how could I write Parva and Uttara Kaanda? The man who wrote Aavarana, has written these two novels. I have a strong foundation of Indian and Western philosophy. I do extensive research before I form a theme. Not all themes need research. Most of those who target me have neither grounding in philosophy nor do they have habit of serious reading. Their source is gossip,” he says.

According to Bhyrappa, there is a mad craze in Karnataka for English medium schools even in rural areas, because of misunderstanding that only English can fetch jobs. “There is no unemployment in Gujarat. But they are not efficient in English. People of Karnataka are proud of their efficiency in English. But they suffer from unemployment. Gujaratis create industries and jobs. Karnatakis can speak and operate computers and speak all other languages except Kannada. There are more big and small industries and jobs in Tamil Nadu and they talk only in Tamil. I am apprehensive that Kannada literature will dwindle within the next two generations,” he says.